How Plastic Waste Pollution Is Destroying Our Oceans

Who doesn’t like to sit on a beach, sea-side or, ashore and watch the mesmerizing view of the sunset? The cool breeze, returning birds to their nests, soothing sound of waves crashing on shores, all create a dreamy scene of a sunset. Comforting us to the core, wiping away crankiness and a sense of peace all sounds to relax.

Have you ever given it a thought that there’s something scary that is destroying this serenity bit by bit? Did you ever put your attention to the lying polybags, bottles, broken plastic accessories on these seashores and beaches? Where we all like to lay around for hours and drown in the moments of comfort, are tainted with pollution. 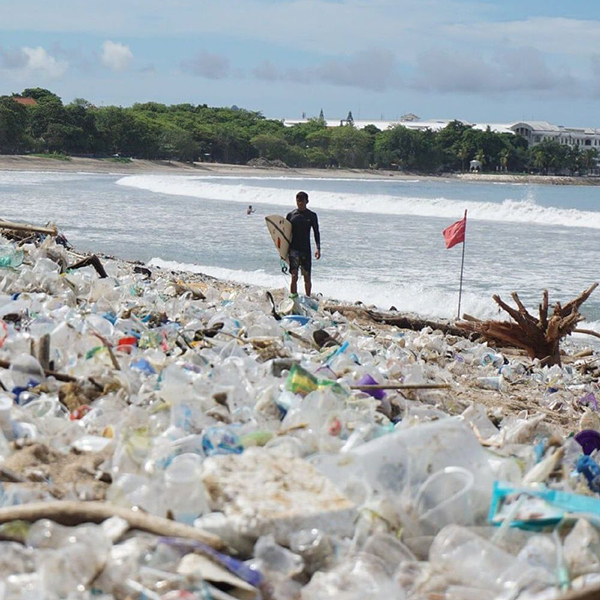 The scariest part of it is, plastic is not going anywhere through centuries and is going to linger around for centuries to come. There’s no form of plastic created so far, which is fully recyclable or biodegradable. Plastic has become an essential part of our lives. It has made an impact so strong that is not easy to avoid.

to understand better about plastic and how it took over our lives. Let’s dive into a brief history of it. It is well known how plastic is formed through petroleum. It started to take over our lives in the second half of the 20th century. Along with the discovery that wastes from the petroleum industries could be used to make Polyvinyl Chloride (PVC). In 1978, Coca-Cola decided to replace its iconic glass bottles with plastic bottles. From 1950 to 2017 a total of 9.2 billion tons of plastic was produced. Which is equals more than one ton for each person now living on this planet.

Now plastic has become an undeniable part of our life in the shape of plates, cups, utensils, medical equipment, and many more. Less than 10 percent of all the plastic ever produced has reached for recycling.

Since the 1950s, the production rate of plastic has grown faster than any other material. We even witnessed the shift of production of durable plastic to disposable plastic. More than half of the plastic is produced in form of one-time use and thrown away. 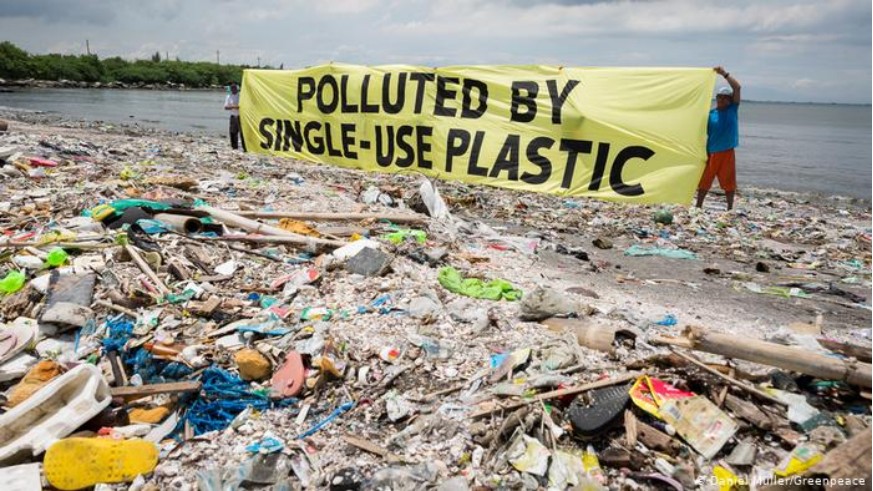 Across the world, one million plastic drinking bottles are sold every minute. Five trillion disposable plastic bags are used daily throughout the world. Plastic is becoming a ghost reaper for us. The most alarming fact is we are ingesting plastic on daily basis unintentionally.

The pollution created by plastic can be seen everywhere, especially oceans, beaches and, in the air. It's not uncommon to see a bird or a dog fidgeting around in debris surrounded by plastic. dead fish and whales found with plastic in their stomachs. Plastic has taken over all the world's necessities for a long time now. 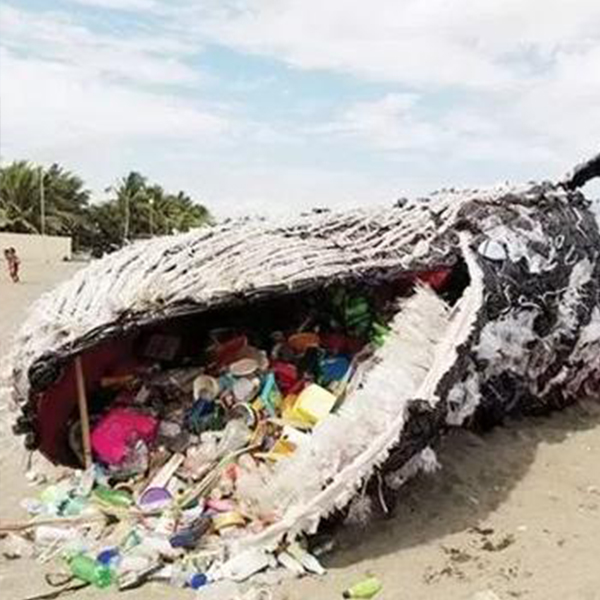 There are a lot of products in the market, or I might say almost every second product you find in the market is made with plastic. either they are packed or picked. For direct use or indirect use. But some products are contributing on a big scale to creating plastic wastes. Which includes plastic bottles, straws, microbeads, synthetic fabric (which we wear), plastic bags, fishing gear, plastic packaging, cigarette butts, etc. they all make their way to the rivers and the oceans every day.

How much plastic is in our Ocean?

Whenever we talk about plastic waste the most commonly discussed issue raised is ocean pollution and marine life. Each year, 100 million marine lives face death due to plastic waste. They suffer from entangling in the floating litter. Not only this, but our plastic waste has made its way to the deepest parts of the oceans as well. Which is a frightening fact.

According to a report by consultants McKinsey & Company, out of 260 million tons of plastic worldwide that we throw away on yearly basis, only 12 percent gets recycled. While the big majority gets incinerated, thrown away into landfills, or ends up in the most unexpected parts of the planet such as seabed.

This abandoned waste mostly ends up in the oceans through rivers and beaches. River playing a vast role as a track to take all the waste to the oceans. According to scientists in the Netherlands and Germany, the world’s most polluting river when it comes to plastic is the Pasig River in the Philippines. Which runs through the capital of Manila.

People’s behavior on the beaches, riverbanks, sea-shores, as well as fishing practices (be it professional or recreational), farming, and maritime transport are among other causes responsible for the plastic in the oceans. By all these means or through heavy winds and waves, some of the garbage ends up in one of the five ocean gyres or as it is named “Garbage Patches”. A huge part of these patches is located between Hawaii and California. They are known as “The Great Pacific Garbage Patch”.

Every year millions of sea animals die due to ingesting plastic. Including whales, sea turtles, and other fish, ingest floating debris, thinking it’s their jellyfish prey. Social media is full of images and videos showing how turtles are suffering from straws stuck in their nostrils, ingesting plastic mistaking it as food, or dying by being entangled in ghost nets and plastic waste lying around on beaches. 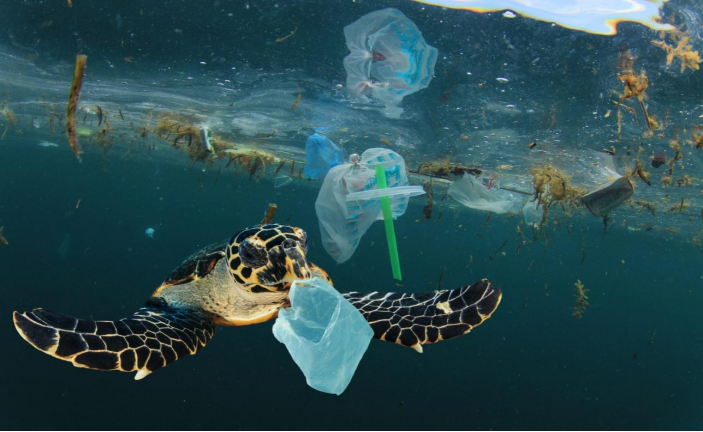 Every single piece ingested by a turtle increases its chance of death by 20 percent. Which is a drastic ratio on a scale of the increasing rate of dying species. Because our ocean and seas are full of mini and microparticles of plastic floating and sitting on sea beds.

Similarly, whales, dolphins, sea lions, and seals die a slow and painful death by starving, suffocating, or exhausting them trying to get free from the strangling situations. 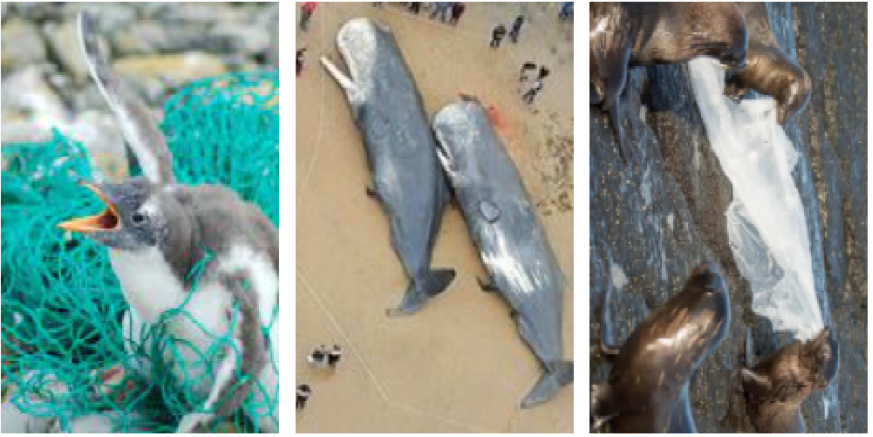 What Are We Doing to Solve This Problem?

So, the question is what are we doing to solve this global crisis? How are we trying to tackle the threat it is imposing upon humanity? Many campaigns are going on for the safety of ocean lives and recycling ocean waste.

Founded by entrepreneur Boyan Slat in 2013, The Ocean Clean-up is a non-profit organization that plans to carry out what it means as “the largest clean-up in history”.

Each year, lots of people worldwide volunteer themselves to clear trash from beaches. This includes private sectors, schools, universities, etc. to take active contribution in clearing the polluting hazard from our beaches and seashores. 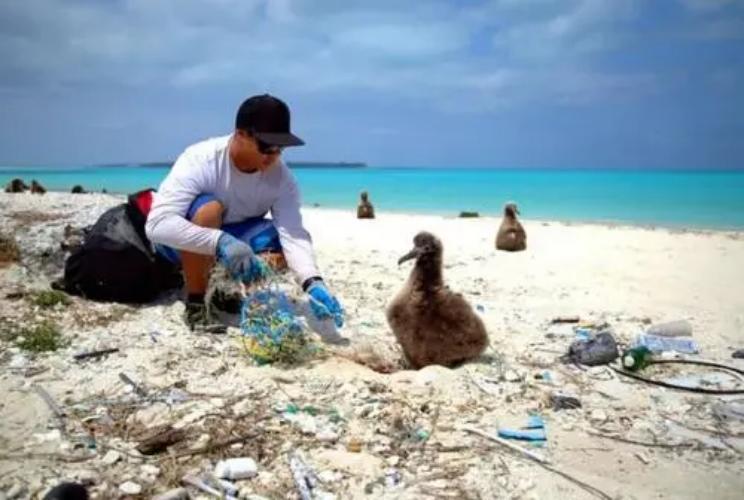 There are many social movements going on and organizations working to clear the plastic waste. “Break Free From Plastic”, “Take 3 for the Sea: A Social Movement to Keep Plastic Out of Our Oceans”, “Precious Plastic”, “Plastic Pollution Coalition”, “Clean Ocean Project”, “Plastic Oceans”, “The Story Of Stuff”, “Save Our Shoes”, “Let’s Clean Up Europe”, are well known social movements and organizations actively working on reducing plastic waste from our oceans and seas.

Apart from organizations and social movements, there are individuals who took it as a responsibility to clean up the planet and make it as much free from plastic as they can are worth mentioning.From India to South Africa, they are people like us who are doing it as a blessing to humanity. They are the inspiration for us. We all should take part in this act to save ourselves, to save our marine lives, or else there will be more plastic than fish in the oceans by the year 2050.

Many companies including Staroon have started to take a step and make a difference for humanity. They have started making awesome products by removing plastic from the ocean and seas. A company introduced sunglasses made from recovered ocean plastic. Cosmetic companies have started partnering up with ocean legacy to make products from recycled plastic from ocean waste. Another major garments company has released a line of clothing made in sustainable materials that you want to wear. According to them, they have made elegant evening gowns, including plastic pieces recovered from the ocean waste.

There are many cool products like Duvets, pillows, and mattresses are available in the market now for eco-conscious consumers which are made from “Ocean waste”. 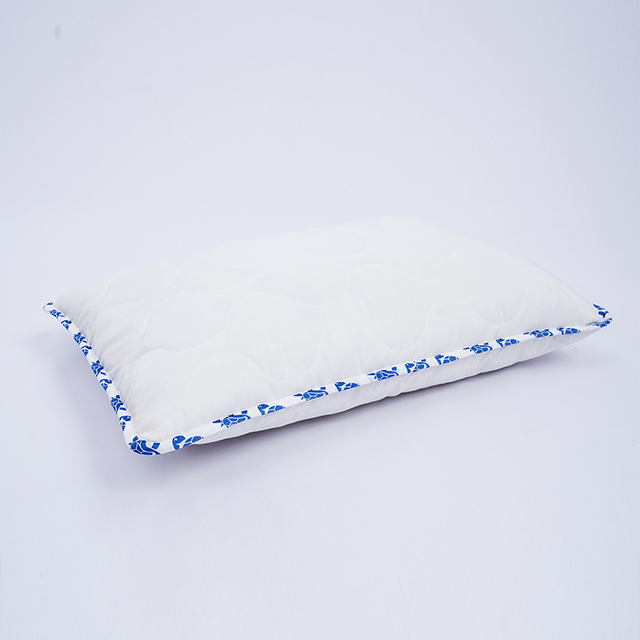 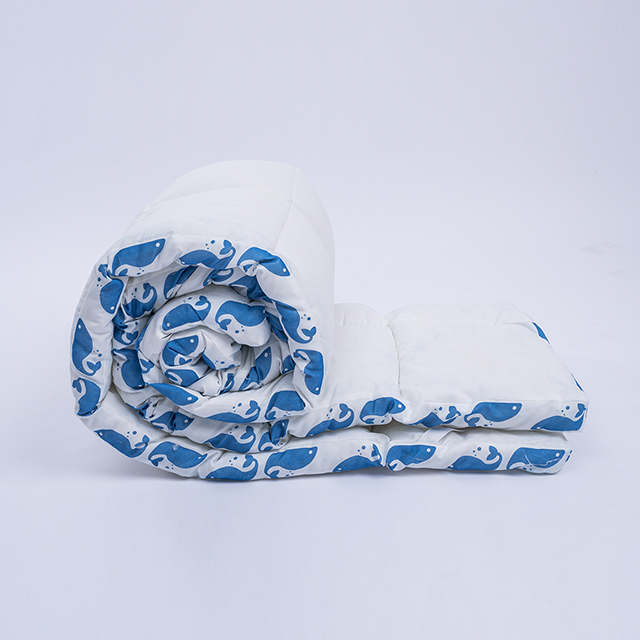 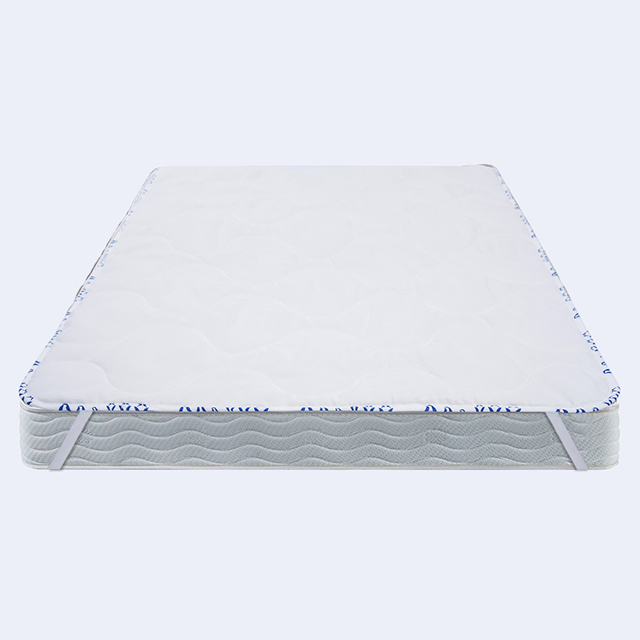 They are setting a great example for plastic users to switch to eco-friendly products. We all should think about the future of our generations. We should try and save our oceans, our planet, and switch to environmentally-friendly solutions available.

Just take a break and think, what are we leaving behind for the generations to come, as our legacy?

Hello, I'm ERIK, the author of this article.

I've been in the home textile industry for many years and have made many friends from all over the world.In some business activities, I found that many buyers are delayed about the industry dynamics and the lack of product expertise, I know it will cause trouble for both sides and not conducive to a pleasant cooperation, so I intend to create an article to share what I know to you.
About Me